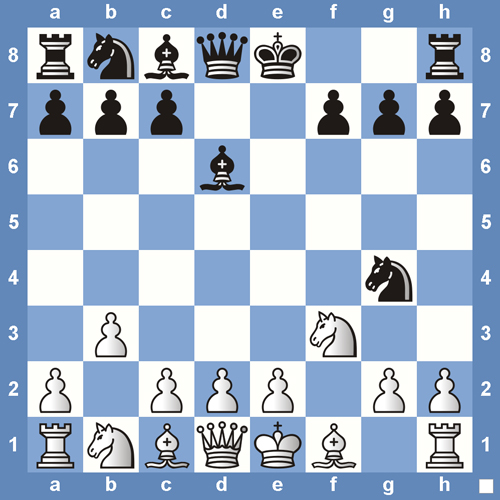 The Bird’s Eye View Trap derives from the Bird’s Opening. When white opens with the bird’s opening of f4, white has a huge weakness on the f2 square and his king is exposed. This trap focuses on that square and gives up a pawn with the intention of laying a trap later on.

After white opens with the Bird’s opening, black starts to bring all his pieces into the action, getting ready for the attack. The first move for black is Nf6. Once white plays Nf3, then black will play d6. Then if white tries to fianchetto his bishop on the queen side, black can set the trap with e5, offering up a pawn sacrifice in exchange for a brutal attack.

Watch the video below to watch more detailed explanations of the Bird’s Eye View Trap.