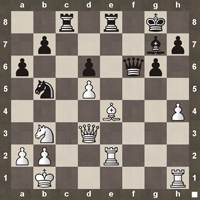 Chess games many times are won and lost because of a single tactical move. One of the most common tactics that you will see in any chess game is the decoy.

The decoy in chess is finding a poisoned square that your opponent would never want to go to and doing everything you can to make them go there. You usually are trying to force either a king or queen to a poison square, especially if you are giving up substantial material to do such.

It is important to know that just because you move them to a poisoned square does not mean you will have an advantage in material. Many times you want them to move their king to a particular poisoned square so that you can have a more powerful attack.

Watch the video below for a detailed explanation along with multiple examples.