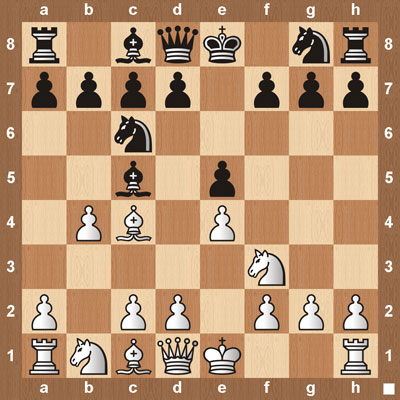 The Italian Game is a very common opening and because of that the Evans Gambit sees a lot of play.  White plans to give up his b-pawn in exchange for better central control and open lines on the queen side of the board to continue control of the center and attack the king side of black.  It is more common for black to accept the gambit but your opponent does have the option to decline the gambit.

If black declines the gambit, white can still have a very aggressive game, which is usually the game plan for someone playing the Evan’s Gambit.  It is important to know different lines that black can go into and how white should best attack each of those lines.

The video below is an in depth look at the most common ways black can decline the gambit and the many different options white has to best continue with the main themes of the opening.  Hopefully after watching the video you will be equipped to face anyone if they decline your b-pawn.

Watch the video below to learn more about extended lines in this opening.