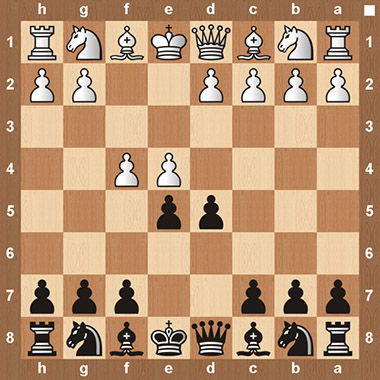 The Falkbeer Counter-Gambit is one of the most aggressive openings for black. It is a direct counter attack against the King’s Gambit of white.

One of the great things about this counter is that it destroys all the lines that a king’s gambit player may have planned on using. There are also lots of traps that white will have to look out for as his king is very exposed even after the second move.

One of the key things to remember in the falkbeer counter-gambit is king safety. Many games do not last more than 30 moves as it becomes a slugfest, decided by whoever can get to the other king first. There is not any slow developing moves in the falkbeer counter-gambit. It is usually complete chaos. If you like chaos and you like to play very aggressive then this is a great defense if you find a player that favors the king’s gambit.

Click the video below to watch a detailed explanation on the Falkbeer Counter-Gambit.