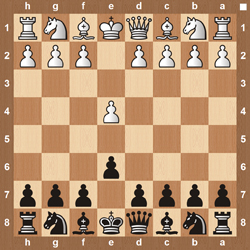 The French Defense is a sharp counterattacking weapon against white’s King Pawn opening.

From black’s first move, he looks to block the a2-g8 diagonal which is usually a big weakness for black and prepares to take control of the light squares in the center after 2.d5. Some of the greatest players of all time have had a hard time playing against the French Defense because it plays so much differently than a normal black defense.

The biggest problem you will see if you are black is the blocked bishop on the queen side that is blocked by the very first move of 1.e6. Many times the entire game will revolve around this key weakness of black’s. Always know your weaknesses in a chess game.

One of the big concepts to notice about the French Defense is that black usually counterattacks on the queen side while white will normally focus on the king side. This type of game can many types turn into a race to see who can strike first.

The French Defense ranks second in popularity only to the Sicilian against white’s 1.e4 and as many chess games start with 1.e4, the French Defense is a very good tool to have your chess repertoire. 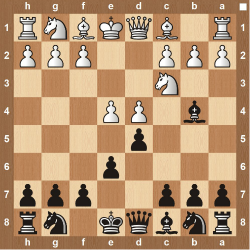 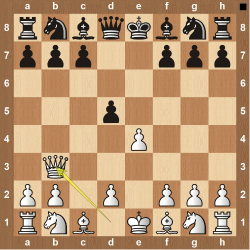