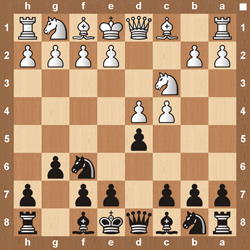 The Grunfeld Defense is a hypermodern defense, meaning that it doesn’t try to control the center early on with his pawns. Instead black tries to attack the center with this minor pieces from the sides and then once the foundation is in place, then looks to undermine the center control that white usually has.

There are three main lines in the Grunfeld Defense. The exchange variation is the main line and is what most players study for when approaching the Grunfeld Defense. Black allows white to completely dominate the center with his pawns while black focuses all his energy on the d4 square. Instead of using his spacial advantage in the center, white is forced to respond to the threat on d4 and focus all his energy on defending the d4 pawn. With all the pawns and pieces aimed at the center early on with no other strategy in mind, things can quickly turn for the worst if one of the sides looses focus.

With the d4 pawn opening from white gaining popularity from GMs every year, it’s not surprising that the Grunfeld Defense is seen more regularly. It is deadly in the right hands and can many times halt a very well trained d4 player.

Watch the video below to watch an explanation of the Grunfeld Defense. 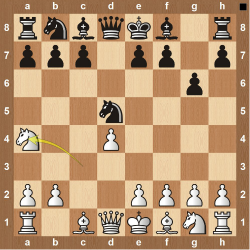