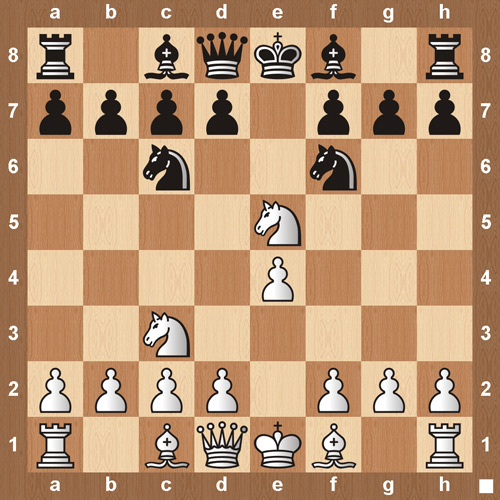 The Halloween Gambit, or the Muller-Schulze Gambit derives from the Four Knights Game but then takes on a very aggressive approach as white sacrifices a knight for a pawn with the hopes of controlling the center with white’s pawns. White hopes to do this by driving back black’s knights while pushing forward his pawns.

Even though black will be retreating his knights, black has more than enough compensation for white’s temporary advancement in the center. If black plays correctly, he should have a very good game.

Many times though, black is unaware how to defend correctly and white will easily be able to gain back the material sacrificed and often execute an attack on black’s king that black is unable to stop.

For those players that like experimenting with different gambits to keep their opponents off guard, this is one worth studying. In competitive play I would not recommend playing this but against an average chess player or even in a blitz game, the joys of pulling of a win with an obscure gambit are sometimes worth the risk.