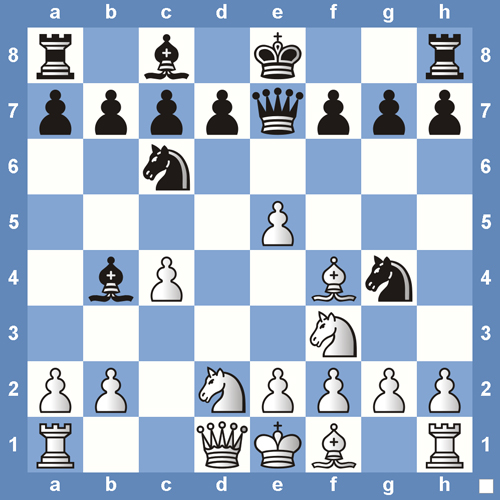 The Kieninger Trap derives from the Budapest Gambit. Black rarely offers up a gambit but the budapest gambit is the rare exception. After black gives up his pawn on e5, he moves his knight to g4, attacking the white pawn on e5.

White then has the option to either give back the pawn that was taken in the gambit or try and hold on to the extra pawn. The Kieninger Trap is unleashed if white tries to hold on the extra pawn.

Watch the video below to watch more detailed explanations of the Kieninger Trap.