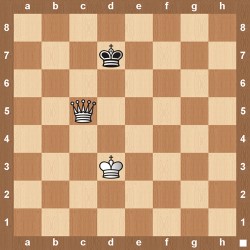 The king and queen endgame is one of the most common endgames that you will see in chess. It usually comes about from a king and pawn endgame, where the pawn is promoted to a queen. The goal in this endgame is to limit the squares that the opponent’s king can move. This is done by moving the queen slowly down the board, taking away a file or rank every time the king moves back. Once the king is trapped in a corner, you can bring your king into the action and checkmate the opponent’s king. With practice this will become one of the easiest endgames you will come across.

Click the video below to watch a detailed explanation on the King and Queen endgame.

Practice this end game from different positions below. 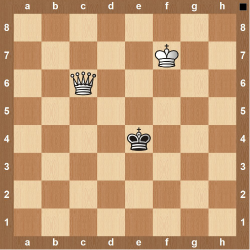 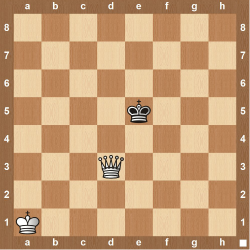 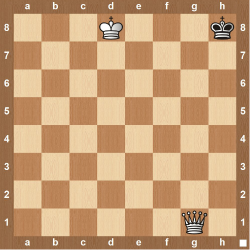 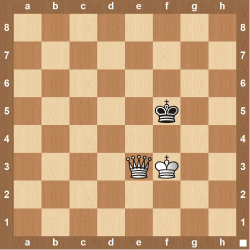