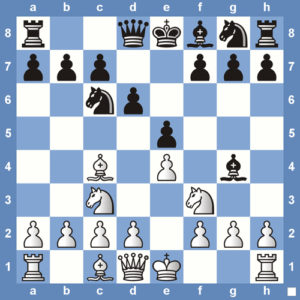 The Legal Trap derives from the Italian game where white develops his light square bishop to the c4 square on the third move, adding pressure to the d5 light square. If black responds by building his defense with d6 then white can simply go into the Legal Trap.

The Legal Trap is one of the more common traps that any chess player will come across. This is because it is found in a very common opening and none of the moves made by black look terribly bad on the surface. As we can see though, black will have to make a choice to take the bait from white and capture the queen, losing the game, or instead go down in material and fight on to see another day. Anytime a player exposes his queen, it is really hard for the other player not to take it. That is why this trap works so well. Also if they don’t take the bait, you are still in a great position.

Watch the video below to watch more detailed explanations of the Legal Trap.