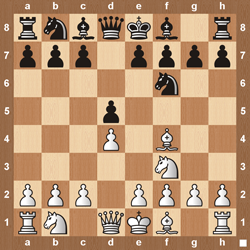 The London System is a great chess opening for beginning chess players. It quickly develops the dark square bishop which is a very underutilized minor piece for white.

The opening doesn’t start out aggressive, and many times ends in a closed game, but it gives white lots of options and is very useful is stopping black from any counterattack.

The London System is extremely good against the King’s Indian Defense systems as black becomes cramped and is left with little room to do anything.

Even if you are a skilled player this opening still has much to offer and you can rest assured that you won’t falter with the opening lines because they are pretty straight forward.