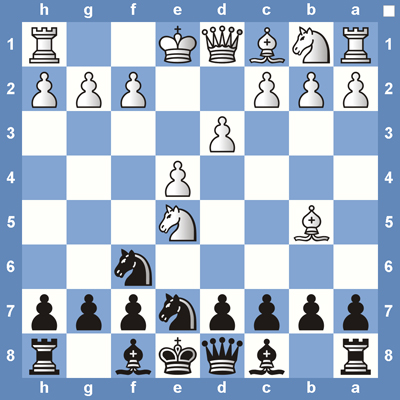 The Mortimer Trap is one of the less seen traps but is still very important to know as many players like to use uncommon openings and give the false impression that they are giving up material, when in fact they are setting up an attack that becomes unavoidable.

The Mortimer Trap stems from the Ruy Lopez opening with

and then transposes into the Berlin Defense with Nf6 from black. The most common move from white is to castle king side with 4. 0-0 but if you do see the rare move of 4.d3 which is very logical, protecting the pawn on e4, then you own your way to seeing the Mortimer Trap. After d3 black can spring the trap by playing Ne7 which looks like he is hanging his pawn on e5, but after Nxe5? white has fallen for the trap and will end up losing material in the exchange.

Watch the video below to see a detailed explanation of the Mortimer Trap and see extended lines.