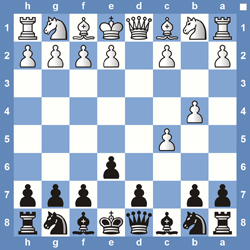 The old benoni is an extremely popular opening at high level play as it immediately threatens the central pawn from white’s d4 with black’s c5.

Black looks to counter attack by bringing his minor/major pieces involved into the game while continuing to threaten the central pawn support from white.

In the Old Benoni Trap, Black looks to give up material early on in hopes that he can get his queen involved into the game, putting a lot of pressure on white to play very precise.

Once the queen is involved in the game, there are lots of sharp lines that black has and can easily fall back into a good game even if white is familiar with the trap and plays correctly.

The moves are so natural for white, you will probably find it quite easy to spring this trap on your opponents.

Watch the video below to see a detailed explanation of this trap.