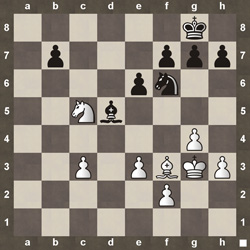 The X-ray is a classic example of level two thinking in chess. It can be in the form of a pin, a skewer, or on its own, but an X-ray looks to attack a specific square indirectly.

This tactic can be one of the strongest tactics that you will find in chess. If you can master x-rays you will get the most out of all your chess pieces.

Watch the video below to watch more detailed explanations of x-rays.