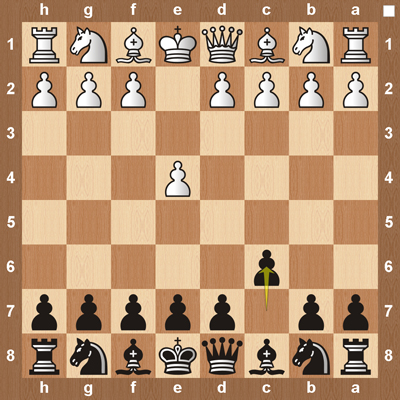 The Caro-Kann Defense is one of the most popular openings in response to the King’s Pawn Opening.

Black responds with 1….c6 with the idea of thrusting forward with d5 on the next move, attacking the white central pawn on e4. The Caro-Kann Defense is one of the few defenses in chess where black can reach equality in the main line and many people would consider black to have a better position, especially in the end game when the main line is played out. This is usually because black does not compromise his pawn structure and will usually have an easier end game.

There are many variations in the Caro-Kann but the main line continues with 2. d4 d5 3. Nc3 dxe4 4. Nxe4 Bf5. This is an important setup that all Caro-Kann players should look at and understand. Many times a Caro-Kann opening can transpose into a french defense but when the main line plays out, black usually has a pawn on c6. Black will then bring out his light squared bishop and eventually play e6 (usually played after the light square bishop is out so it is not blocked in). With the pawn on c6, black usually decides to bring his knight to d7 and support the future knight that is on f6. Black can bring his queen to c7 while his dark square bishop has many lines and is not blocked in by the pawns.

If the Caro-Kann does not follow the main lines it usually takes on a french defense so I would recommend studying up on the french defense if you want to play the Caro-Kann. The Caro-Kann is not a flashy opening and it’s not super aggressive. The Caro-Kann is, however, a very sound defense that can lead to an advantage for black near the later stages of a chess match. For those players that have a firm foundation of pawn structure and end game strategies I definitely recommend employing this in your chess games.

Watch the video below to get a detailed explanation of the defense and extended lines. 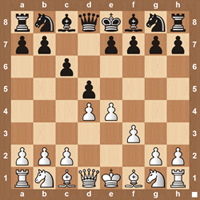